Entertainer, composer, Bobby Goldsboro has performed before more than two billion people in his illustrious four decade career. “The Bobby Goldsboro Show” was television’s highest rated syndicated variety show in the seventies. His recordings of “Watching Scotty Grow,” “Little Green Apples” and “With Pen in Hand” have become classics and his signature hit, “Honey” was the largest-selling record in the world in 1968!

Now, the multi-talented Goldsboro is focusing on a life-long passion; oil painting. The self-taught artist began by traveling throughout his home state of Florida, bringing to life the serene prairies and marshes of the ever-changing landscape. He has now branched out in every direction with a diverse portfolio that includes butterflies, hummingbirds, southwest scenes, still-life, abstracts, and colorful flowers. His composition and use of tone and color have quickly gained Goldsboro a reputation as a world-class artist.

Bobby Goldsboro’s music has always stirred the emotions. Now, his paintings are doing the same. 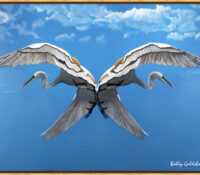 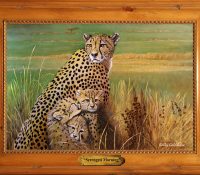 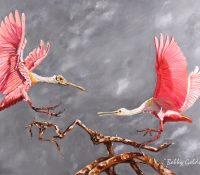 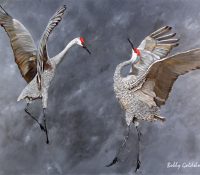