Irene Sheri came into the world a painter. More so, Irene came into the world gifted with inherent love and a natural eye for the beauty around her. Starting in early childhood, she began embracing her need to create, to capture, to express what she saw. Painting and drawing quickly became her love letters to the world, and by nine years old her lifelong passion was certain.

Irene’s professional journey began in an art school for small children, and just six years later, as a young adult student in Grekov Odessa Art School, Irene already emerged as a highly talented artist, participating in local exhibitions and winning her first awards, including a “Young Artist of the Year.”  After earning a degree from Serov’s Saint Petersburg Art School, Irene went on to hone her craft at the highest level, in the Russian Academy of Arts in Saint Petersburg, whose halls have been fostering and protecting the most sacred elements of fine art for almost 300 years.

The true professional acclaim came to Irene in the form of the State Prize in Art and acceptance to the Artists Trade Union of Russia. Her works were now being displayed throughout Russia and in many European and online galleries: it is the increased international exposure what ultimately ushered in the next part of her life.

In late 2001, her works attracted the attention of a major Disney affiliated creative artist management agency. Irene was somewhat resistant to the suitors’ initial courtship, who, nevertheless, continued being persistent in their promises to bring her to the United States, to launch American exhibits of her paintings, to expose new public to her art, and to connect her with American artists. By March 2002, the agency succeeded. Irene visited Los Angeles, and becoming a licensed Disney Fine Art artist marked her new professional peak. Over the following years, Irene traveled between the US and Russia multiple times, gradually building her presence, gaining more recognition, and slowly transitioning into novel social, artistic, and business cultures. She moved permanently to the United States in 2010.

Continuing to reflect and fall in love with the world around her over and over, Irene Sheri transformed and changed throughout her life as an artist. Reinventing and blending herself with the cues and details that developed around her, Irene filtered time and assimilated new elements in a childlike manner. Keeping her classical Russian art school origins and embracing new modern western aspects, her paintings reflect an impressionists-like core and breath the life of every day trifles, embodying the joy of small, everyday things. Tender melancholy, momentary looks, soft smiles are all subtle yet well-defined and confident reflections of deep inner harmony and peace in her works, brought together concisely and pointedly.

Irene firmly commands various genres, from still-life to landscapes and portraits. Reminiscent of Renoir, Degas, and Klimt, her portraits convincingly echo the unaffectedness of a child and mature female love in the same captured moments. Most often her characters speak through the understated – and ever so hard to capture wholly – elements in eyes and hands, making us realize that a true portrait must not be objective but rather only genuinely exists in a milky, in-between realm of a confession and an existential self-insistence.

Irene’s talent continued to endure and break new ground with every new period of her artistic life. Over the years, her art has been featured in galleries of France, Germany, Italy, Belgium, Russia, Finland, and the United States. The more recent works, featured in this book, pay tribute to the best traditions of Romantic Realism, blended with moods of Impressionism, and decorated by the best ornaments of Modernism. 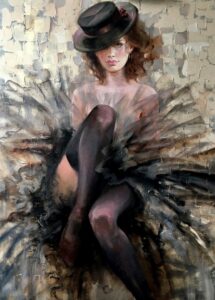 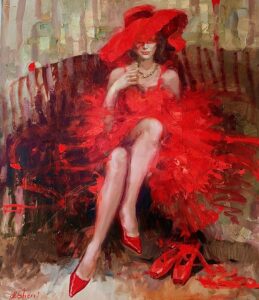 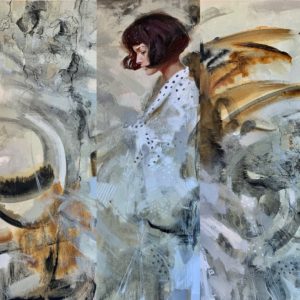 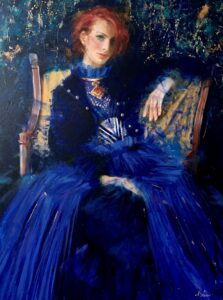 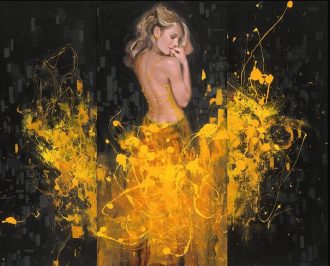 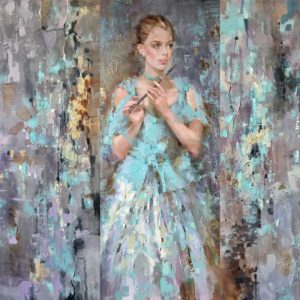 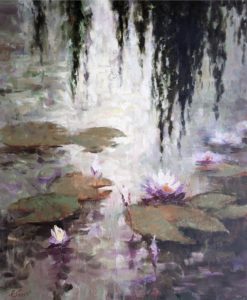