In less than a decade she became renowned for her award-winning tissue creations. It was in 2012, following the production of a dress made from waste (rubbish bags, jerry cans, plastic bottles, etc.) for a feature in a local magazine that she decided to close her embroidery workshop and concentrate on the making of pure artistic creations.

Along with her sister and two photographers, she formed the Zbel Manifesto Collective, working in the transformation and sublimation of waste products. The collective appeared at the Marrakesh Biennale in 2014, presenting an installation, Pimp My Garbage. They were thereafter invited to participate in the inaugural exposition of the Mohamed VI Museum in Rabat.

Today Sahli continues her work with the help of local artisan women. Through her acts of recycling, re-energizing and re-use, she draws attention to critical environmental issues while also evoking beauty that potentially lies underneath and embedded within the seemingly everyday.

2019 Quintessense, Not a Gallery, Paris

2016 The Others. Kech Collective, Torino

2015 Women and Religions. the Uzine, Casablanca 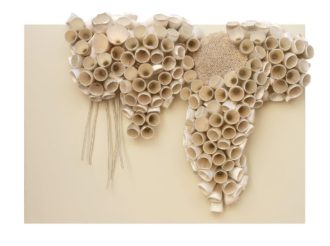 A Cosmic Connection
Silk yarn, plastic and metal on a wooden base
37 x 50 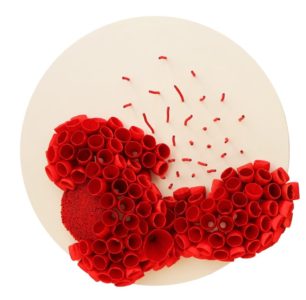 Passion
Silk yarn, plastic and metal on a wooden base
42 x 42 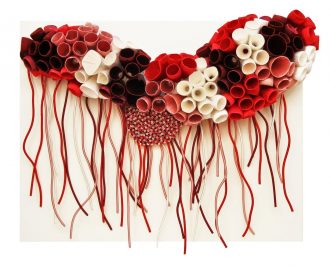 My Heart Beats for You
Silk yarn, plastic and metal on a wooden base
48 x 38

My Heart Beats for You (detail)

My Heart Beats for You (detail) 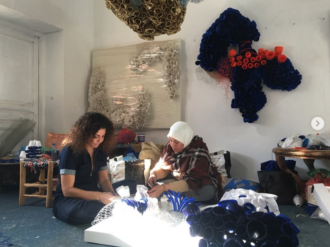 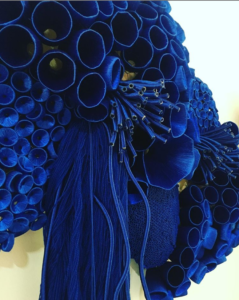 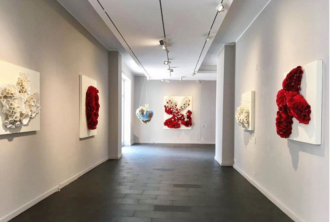 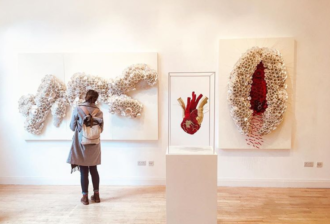 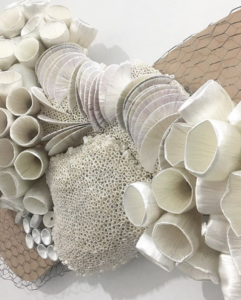 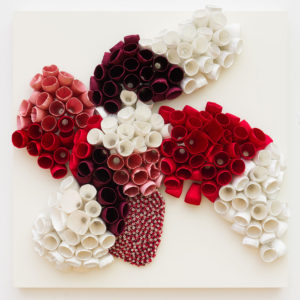 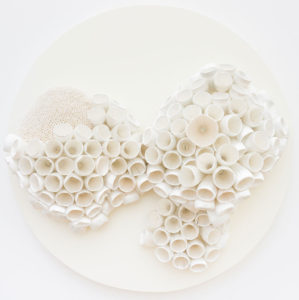 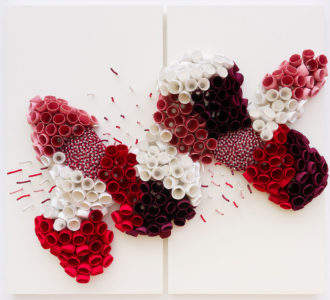 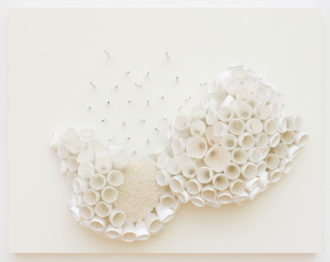 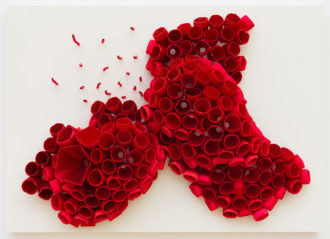