Irina Alexandrina was born on January 31, 1965 in Moscow, Russia, USSR.  She was a 1983 graduate of the B. Jorganson Secondary Art School in Saint Petersburg and the I. Repin Institute of Painting, Sculpture and Architecture, a part of Russia’s Academy of Arts.  During 1984-1991, Irina studied concurrently under the tutelage of architectural Professor V. Voloncevich’s and art Professor N. Andretsov’.

A painter who graduated from the prestigious Russian Academy of Arts was deemed to have mastered the art of painting.  Irina Alexandrina received this distinction.  She enjoyed studying different techniques, materials and themes.  As a result of her long, creative quest, she found her main and favorite theme – the cityscape.

Irina’s frequent travel has enabled her to become a master of her cityscapes.  Her exploration of architecture during these travels has been instrumental in developing breathtaking cityscape series of Moscow, Prague, Venice, St. Petersburg and New York.  For Irina Alexandrina, every city is the source of inspiration.  She searches for a mood, not for a particular postcard view.

Paintings by Irina Alexandrina have been presented as gifts to several politicians of European countries.  In June 2010, former Russian Primer, Dmitry Medvedev presented former Secretary of State, Condoleezza Rice and George Shultz, with an original painting by Irina Alexandrina at Stanford University as a “thank you” for giving him a tour of Silicon Valley.

Cities are like people. They have their own characters, habits and inclinations. They feature their own tastes and passions, lifestyles, advantages and drawbacks. Especially those that were opted for by time and history.

The art of Irina Alexandrina is that of the brightest  multifaceted arts of city landscape painting. And that is not surprising because Artist Irina Alexandrina’s biography is closely connected with Saint-Petersburg, that is considered to be one of the most beautiful cities in the world. This is a city that features both unique history and unique architectural ensembles. 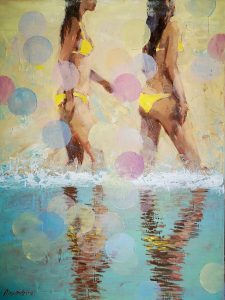 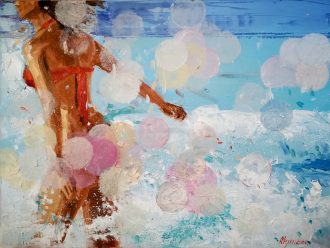 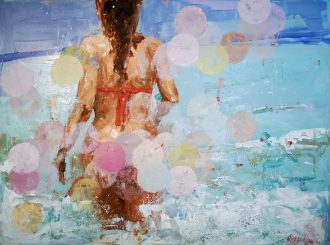 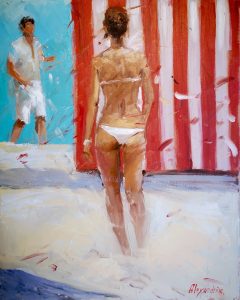 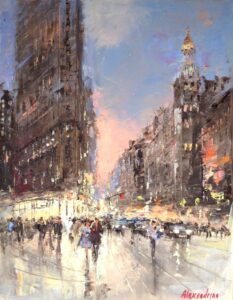 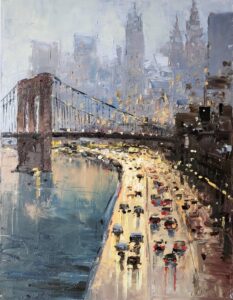 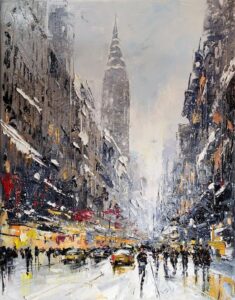 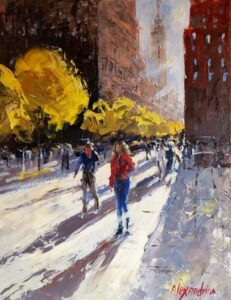 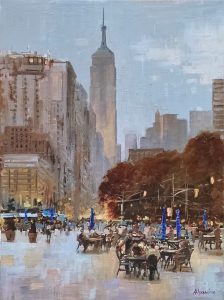 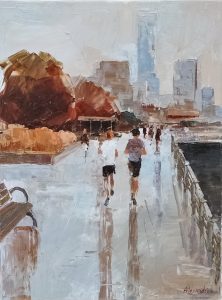 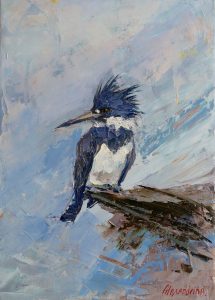 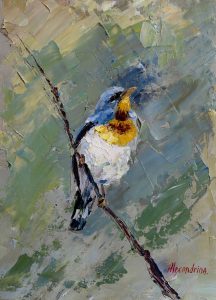 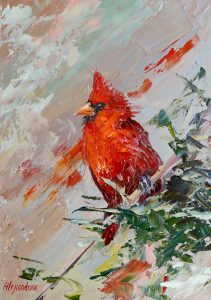 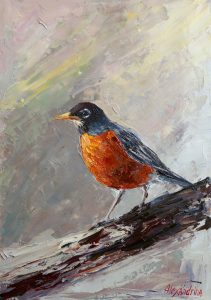 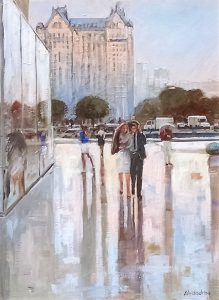 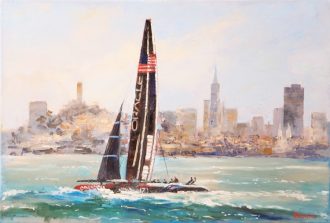 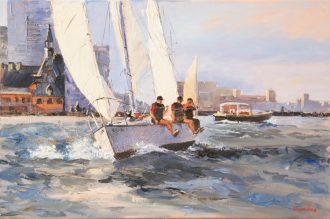 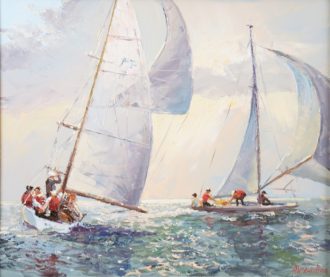 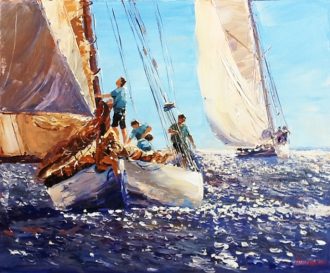 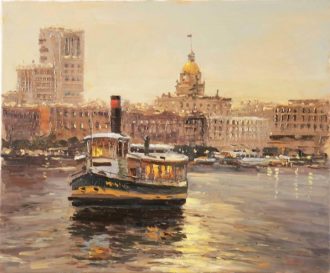 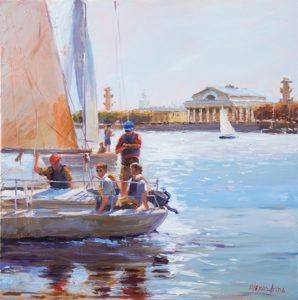 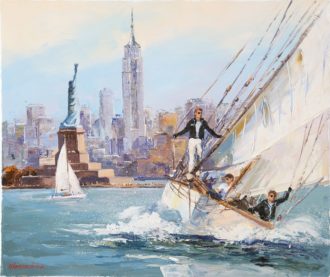 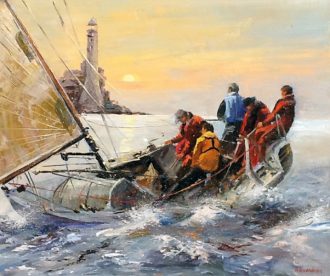 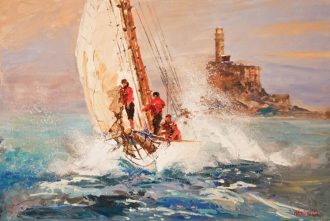 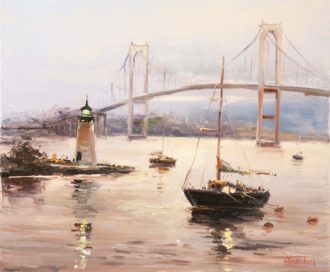 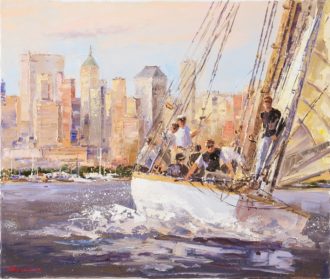