Born in Caracas on the 7th of February 1985, Juan Gerstl showed signs of intellectual creativity from an early age. As a child, Gerstl was drawn to symmetry, order and movement focusing on turning his creative into tangible aesthetic resulting in what he now considers were large wire and wood sculptures that he used as playhouses with his brothers.

With Italian and Venezuelan roots Gerstl began to experiment with photography and graphic design. An art dealer Mother and a nature-loving father had a heavy hand in encouraging him to express his ideas in different ways. His father; the first person to base jump off the highest water fall in the world and a passionate photographer instilled in him a sense of adventure and love for nature that has deeply influenced all of his works.

Having finished school Gerstl pursued a career in graphic design and graduated with a degree in Visual Communications in 2006. Always the rebel, Gerstl chose to go back to the basics, experimenting with diverse types of print and paper at a time when traditional print form as way of communicating was taking a back seat, he argues “Print is a solid form of expression that surrounds us every day, eliminating it in favor of the digital in essence takes away the physical experience we have in communicating.”

Fresh out of university, Gerstl embarked on a series of tryouts taking queue from established artists: Alejandro Otero, Jesus Soto and Carlos Cruz-Diez. “Otero was a pioneer of movement and symmetry, he was above all else a creator, someone who was able to bridge his dream of dimension and movement into physical reality. Likewise Soto’s expression through volume and shape and Cruz-Diez’s relationship with color paved a kind of language that I have been interpreting and advancing through my own works.”

Gerstl’s work today continues to develop and mature as he reinforces his stand on shape, volume and symmetry. “I consider the harmony of every piece I create. My creative journey oscillates from a tranquil dream to a sharp mathematical reality that is born as an optical illusion to the spectator.” 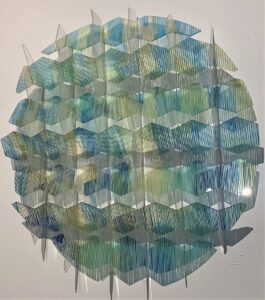 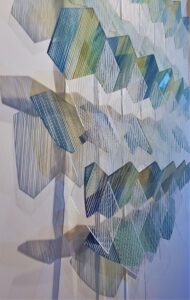 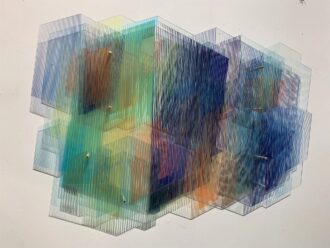 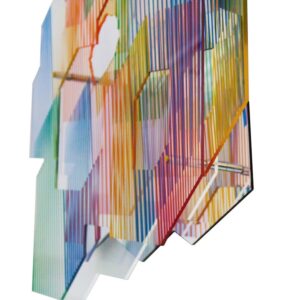 Beyond the Rainbow detail 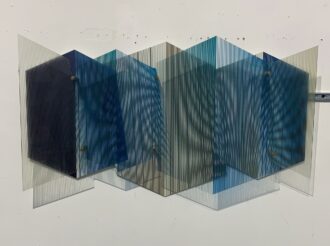 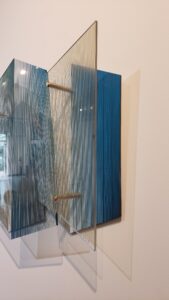 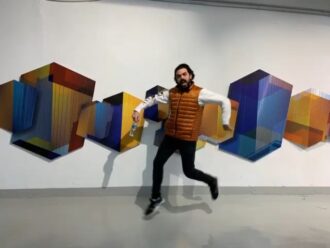 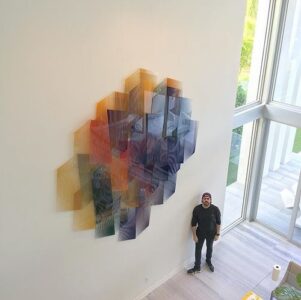 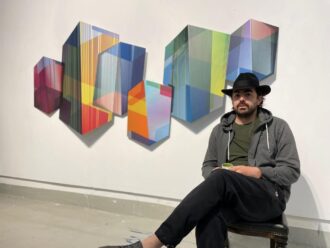 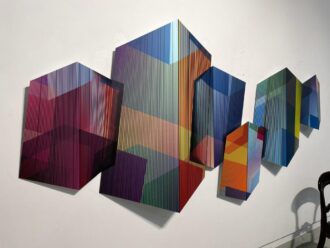 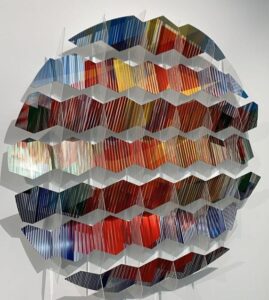 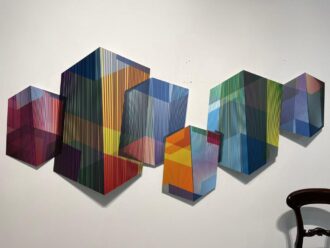 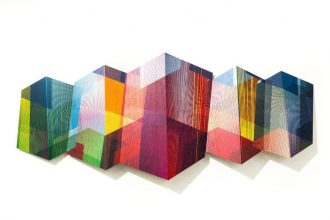 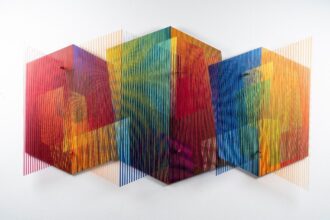 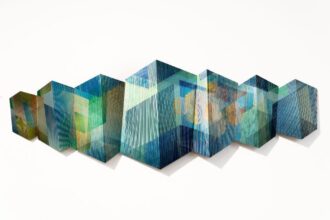 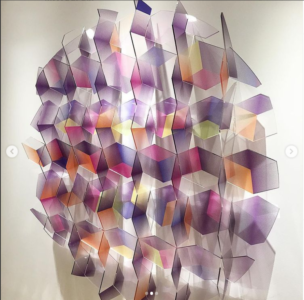 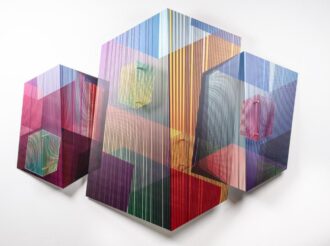 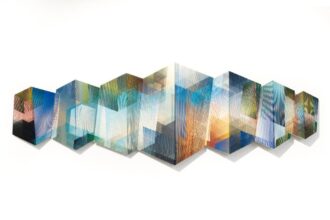 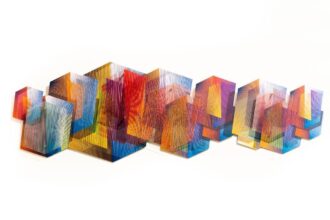 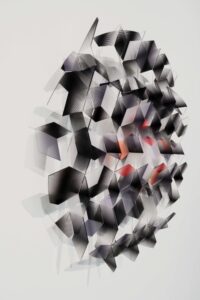