Laurent Parcelier was born in 1962 in France. Interested in art from an early age, Parcelier attended the Applied Arts School in Dordogne. His obvious talent soon materialized into the publication of several of his albums called “Le Drole de monde” (“Strange World”). His fame was beginning to spread and his way seemed all but traced out until the paining contest on the street where he was lent a canvas, paint and brushes.

Surprisingly, although at this point Parcelier has not touched a paint brush in several years, he won the first prize. Admirers praised his for his effortless and instinctive style. From that moment, he decided to dedicate his life to painting.  Parcelier states “I like my painting to look real, so that people can recognize the place”.

However, while preserving the atmosphere, he prefers imaginative angles in order to allow a dream to emerge from the complex alchemy of tones. This perfectly mastered alchemy allows him to play a multicolor score in perfect harmony with the variations of the day so dear to the artist – often late afternoons rendered by a combination of purple blues and coppery brown, speckled with a few bright sparkles.

He is definitely a poet of the light. If you stand long enough in front of his paintings with eyes half-closed, you will see sparkles of light everywhere.

Parcelier’s paintings patiently woven in petit point, have a serene, soothing beauty, refreshing for the eye as well as for the heart, in total contrast to our hectic, bustling lives.

Whether he paints a home, in Paris, in Venice, or elsewhere, his paintings are an outpour of luscious vegetation bathing in radiant light.

Continuously glistening, Parcelier’s paintings are simultaneously filled with light and haze. Whatever the season, the day or the time, paintings that his hands create, distill a strong heady fragrance of bliss in a symphony of light gold.

The painting of each artist who has found his personal handwriting is always peculiar. Looking at the paintings of such masters, viewers are immersed in a world of illusions and colors. Today, in the last days of summer, I would like to plunge into the magical atmosphere of the paintings of an unusual French painter – Laurent Parcellier, once an unknown street artist, and now famous throughout the world.

French impressionist painter Laurent Parcelier was born in the fall of 1962 in Chamalier. From childhood, Laurent was passionate about drawing. At the art school he especially liked to work on landscapes from nature, which made him very different from other students. And having moved to Paris, he continued to engage in painting and applied art, at the same time began to work part-time in the magazine “Triolo”, for which he painted fantastic comics. This lesson brought Laurent considerable pleasure and money. Carried away by the development of comics, he even created several of his author albums, and also began to collaborate with many other publications.

And somehow, quite by chance, at a street painting competition, the artist became infected with a creative atmosphere and picked up brushes, and … what would you think – he won the first prize. Laurent Parcellier at that time was already an accomplished animator, but his victory in the competition spurred on a new creative experiment, and he decided to participate in the exhibition at the Salon des Beaux Arts de Perigueux. And he didn’t lose … At the exhibition, the artist’s work was a sensation – both the public and the criticism were delighted.

So, thanks to the occasion, a sharp turn took place in the life and work of the artist. And who knows how the fate of Laurent would have been, had he not been an accidental participant in that contest. Since then, Parcellier regularly began to take part in such events, the press spoke about him, invitations from other countries rained down ….

But then suddenly the artist simply disappeared, and for several years no one had heard of him.

And when he reappeared in 1996, he made a huge sensation. With great enthusiasm, his work was greeted by the audience at very prestigious exhibitions in Paris. As it turned out, those years that the artist was “silent” were spent on creating his own unique style and style, which belongs to modern impressionism.

Laurent began to paint vivid living landscapes, as if twisted from sunbeams, warming with the last summer warmth, saturated with the air of southern France. Since that time, Laurent has been a regular participant in various exhibitions both in France and abroad. Former inconspicuous street artist in Paris – became a world famous and very popular artist.

His works are very different from traditional French impressionist painting, primarily due to their graphicness, which the artist acquired by working on comics and the ability to assemble abstract chaotic strokes into a single plot of the picture.

Surprisingly, in the work of Parcelier there are practically no gloomy and rainy paintings. And even autumn on Parcelier’s canvases is colorful, soft and warm. “It seems that he lives on some other planet, where there is no sadness and tears, where even autumn is bright and sunny, and the rain is cheerful and warm,” wrote his colleague, artist Howard Behrens, about Laurent. 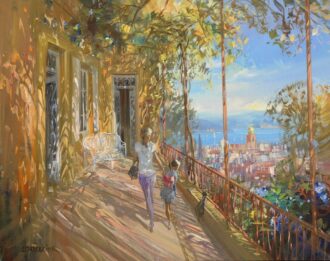 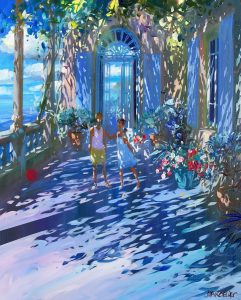 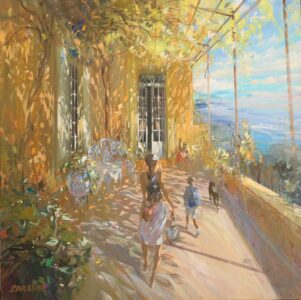 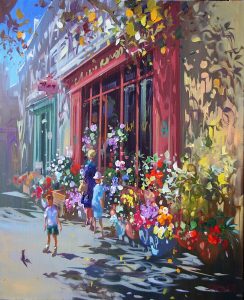 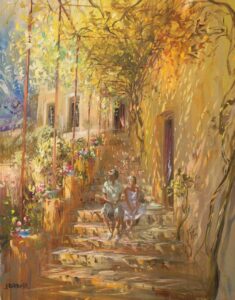 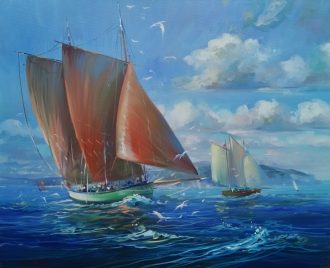 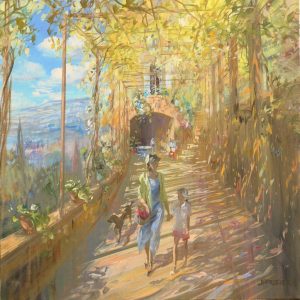 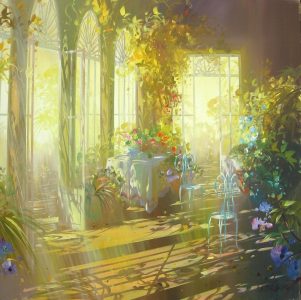 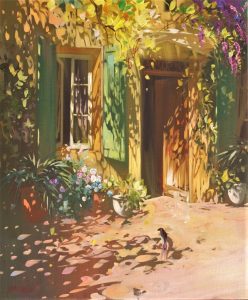 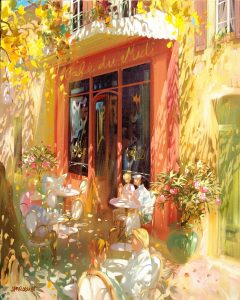 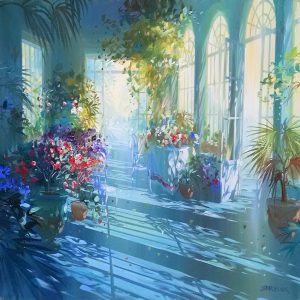 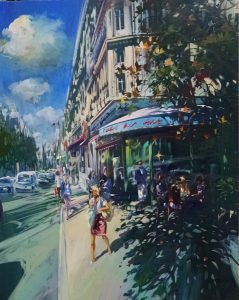 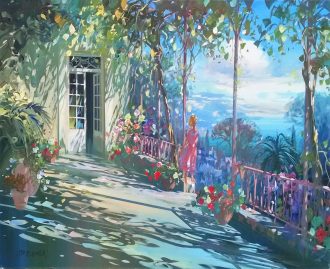 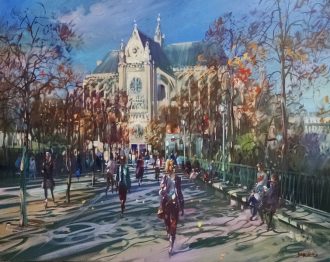 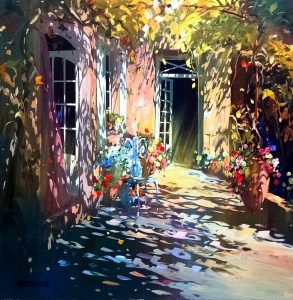 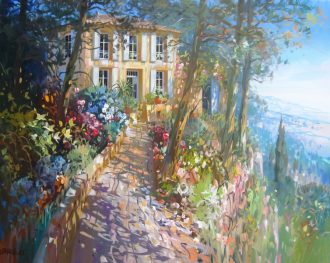 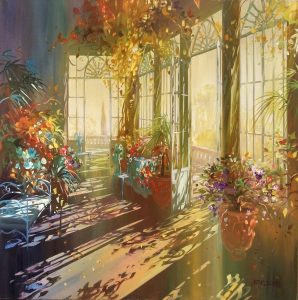