Mauro Bonaventura dialogues with glass souls as he does with a friend, a traveling companion, talking about his own emotions and the sensations that come to him from within when he comes into contact with matter, an almost visceral relationship, a telling of stories from the present and the past that narrate the beauty and charm of the Venetian universe and the element that most represents it, the sea.

Mauro was born in Venice in 1965. At 18 he graduated with a diploma in electronics. In his search for a job, fate and providence gave him an opportunity to become an apprentice in the age-old tradition of Venetian glassblowing.

Right from the start, he fell in love and was mesmerized with the incandescent quality of glass. His career began with learning the techniques of glassblowing and glass decoration and to date he remains in the glassmaker’s trade.

It was a turning point for Mauro in 1992 when he was fortunate to be invited by a glass maestro to observe him in lampworking. A new passion struck Mauro when he realized this technique enabled him to explore a new and exciting way of working with glass on a closer and more intimate level. After months of evening observation and practice with the maestro Mauro Bonaventura decided it was time to leave the glass factory and concentrate and channel all his energies on the technique of lampworking. He set up his own studio to become a full-time independent artist.

Mauro was involved in typical Venetian production pieces of glass animals, rings, pendants, and other objects. However, Mauro had an urgent need to satisfy his creative pursuits in the field of sculpturing work. He enrolled in the “Liceo” in Venice which specializes in Art subjects. After attending four successive years of evening classes in drawing, sculpture, painting and anatomy, Mauro received his diploma in 2003.

In the subsequent course of his lampworking career, we have seen Mauro Bonaventura’s artistic development growing from strength to strength with his life-like figures often encased in intricate network of cages or spheres. He continues to hone his skills and perfect his mastery of the medium of glass to create outstanding and thought-provoking art pieces.

Bonaventura’s works fully reflect his interests, his educational background and his life. They are often objects of intricate forms, usually spheres created from a not entirely chance tangle of flexible colored glass threads, that on one hand recall electrical circuits, on the other the branchings of nerve cells.

These colored cages often contain female or male bodies, alone or in pairs, flexible and harmonious in their attempt to free themselves from the tangle of threads.It almost seems that Bonaventura’s works release an opposing tension that on one hand clutches and enfolds his figures in the multicolored skeins that imprison them and from above opens the door for them to another world of a distant freedom, perhaps the most important, that of the spirit and of ideas.

Lampwork is a branch of glass processing carried out by means of a burner, commonly called “torch” in which oxygen and methane gas (but also alternatively also propane) are mixed to obtain a correct combustion so as to obtain a flame quite ” hot “, inside which glass rods (semi-finished) can be melted, (attention melted not dissolved) and the manual skill of the worker will cause those same sticks to become more or less elaborate glass objects. To be sure not to incur unpleasant “breakages”, is necessary to rely on a glass tempering furnace, the kiln. These are equipped with thermocontrollers and can follow the perfect annealing of the glass.

Each creation is unique and as such it contains unique details, the result of the emotions of a precise moment.

A journey that begins in the workshop and continues in the environments in which each work will come to life. Choose the collection, fill in the form with the data and send the request to book the works. We will respond as soon as possible with availability and prices. 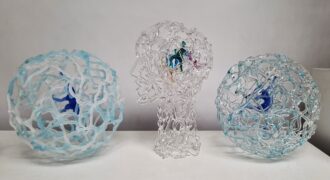 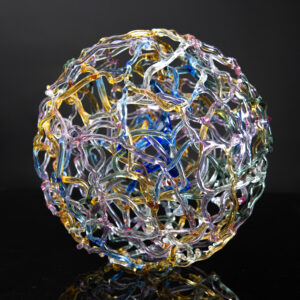 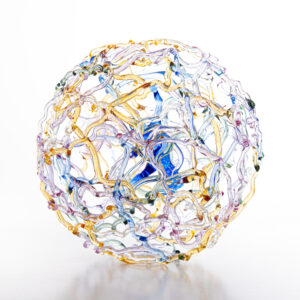 All Paths Lead to You
Alternate view 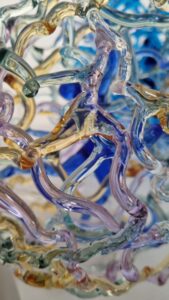 All Paths Lead to You
Detail 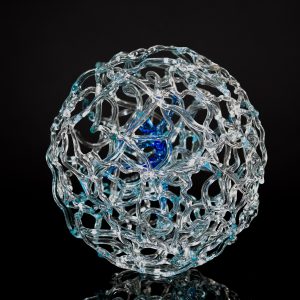 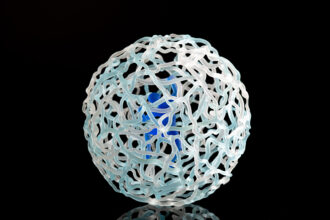 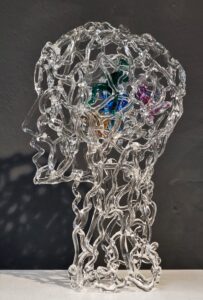 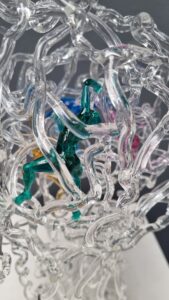 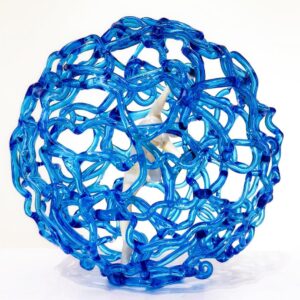 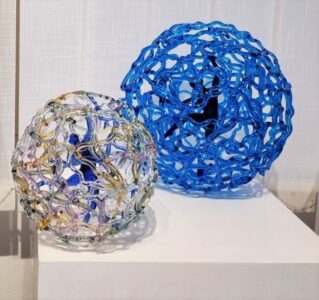 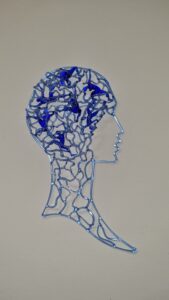 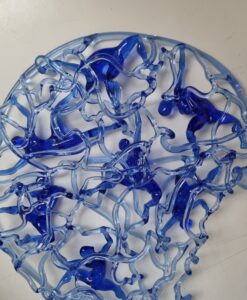 The Lady has Choices
Detail 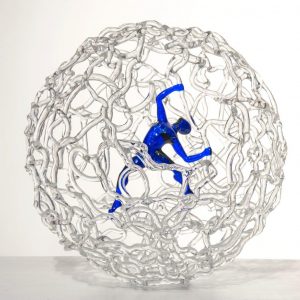 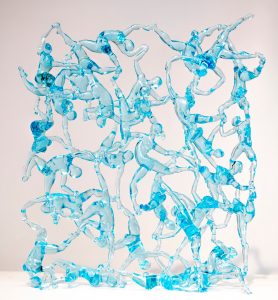 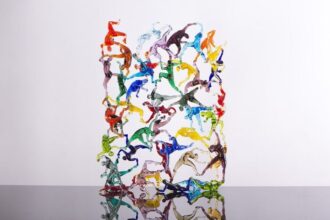 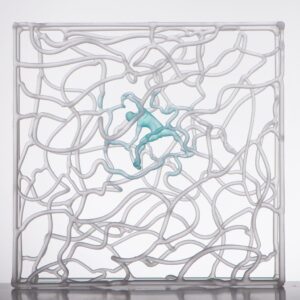 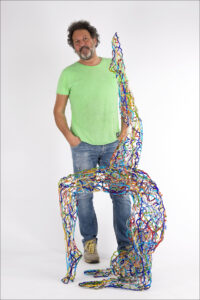 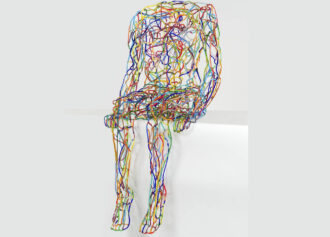 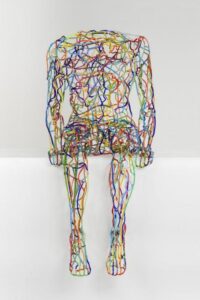 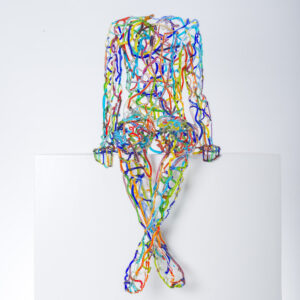 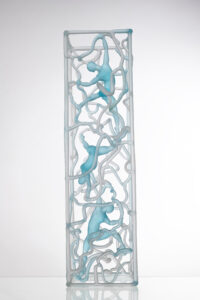 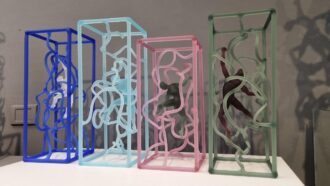 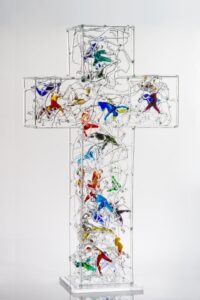 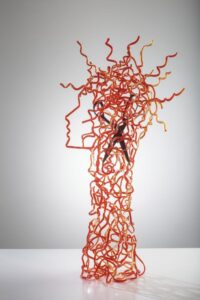