“Not even one detail is accidental. All details are like words in a poem. If you take out a word, the whole poem is crushed.”

Michael Cheval is the world’s leading contemporary artist, specializing in Absurdist paintings, drawings and portraits. In his definition, “absurdity” is an inverted side or reality, a reverse side of logic. It does not emerge from the dreams of surrealists, or the work of subconsciousness. It is a game of imagination, where all ties are carefully chosen to construct a literary plot. Any one of Cheval’s paintings is a map of his journey into illusion. His work is often metaphorical and requires a sharp eye to decipher the often hidden allusions.

Born in 1966 in Kotelnikovo, a small town of southern Russia, Cheval developed passion for art in his early childhood. Growing up in a small town in southern Russia, Cheval was raised in a family of creative talents. His grandfather was a professional artist and sculptor, while his grandmother wrote poems for children; his father was a soldier and artist, and his aunt a musician. Cheval’s love for drawing developed in his early childhood, leading him to never question that he wanted to be an artist.

When his family moved to Germany in 1980, the West European culture made a great impression on the young artist. In 1986, he moved to Turkmenistan and graduated from Ashgabad school of Fine Art. Absorbing Eastern philosophy and the character of Central Asia, he began working as an independent professional artist, shaping his style and surrealistic direction. His decision to immigrate in 1997 to USA began a new epoch for the artist. He returned to the Western culture that greatly inspired him in his German youth, but now he brought his own experience, his philosophy, and vision.

Cheval’s absurd style stems from literary greats such as Lewis Carroll, but also has influences from Surrealists Salvador Dalí and René Magritte. Cheval says his works are inverted reality and a reverse of logic that does not emerge from dreams like surrealism, but from imagination.

He considers absurdity to be a game of imagination, where all ties are chosen to construct a literary plot. His work includes metaphorical references, and the viewer is challenged to find the hidden allusions, often using the artwork’s title as a jumping point. 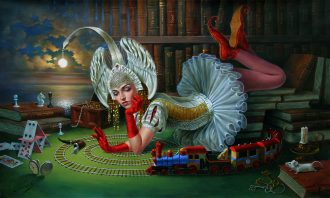 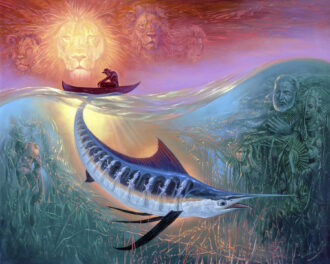 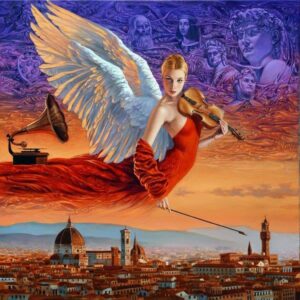 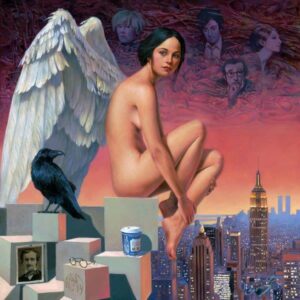 Promises of the Parting Summer
Giclée on canvas
21 x 40 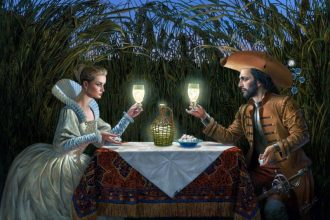 Delighted by the Light
Reproduction on aluminum
24 x 36 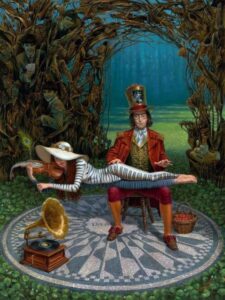