Born in 1958 on the southern steppes of Donbass, an ancient trade route between Kiev and the Crimea, Mikhail Shapovalenko readily admits that it is his enchantment with his native country’s saturated romantic history that most influences his work.  His canvasses abound in nostalgic narrative while still life compositions, land and seascapes are all affirmed by Shapovalenko’s sentimental hand.  Color is classically applied in varied layers; inherited by his Impressionist predecessor’s, it is quick and almost playful as it attacks light before it is lost.

Each summer the artist returns to the Crimea on the Black Sea, described as his “own spiritual Mecca.”  Living amid the legends and myths native to the region and inherit in Shapovalenko’s upbringing rejuvenate his senses while inspiring his prolific water scenes.  Seascape plein air painting is one of his favorite subjects.  Most of his work involves the ocean.  With its vast reach of blue horizons and abysmal plunging depths, it provides an ideal element to explore the blurred boundaries of realism and folklore.  The artist describes his technique as similar to analytical chemistry. Small parts are deconstructed prior to analysis of the whole, and then reunited. He believes this method allows him to better understand a united reality, a “tender realism”.

Shapovalenko’s art studies extended past his daily lessons; he attended extracurricular instruction in Impressionism during Soviet Era Russia.  Later he attended the Kiev Academy of the Arts, where he refined his craft, earning respect from his peers and receiving critical acclaim. “He is acknowledged by other artists as a painter with high skills, who expresses his subjects and characters in a very professional way”. Since then, Shapovalenko has had a number of successful exhibitions, attracting worldwide collectors from Canada, England, Czech Republic and the United States.

Dedicated to the arts, Shapovalenko is a member of the All Artist Union of Ukraine. He helped to found an esteemed public gallery that supports numerous cultural functions.  His foremost passion, however, is teaching, where he extends his knowledge and skills to younger generations. In his private studio, he prepares students for the art academy by instructing them on style, technique and the foundations of oil painting. 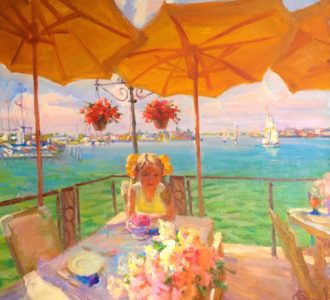 Beneath the Yellow Umbrellas
Oil on Canvas
35 x 32 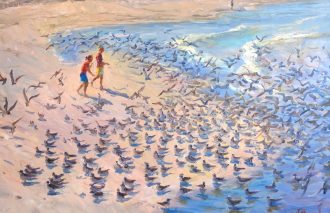 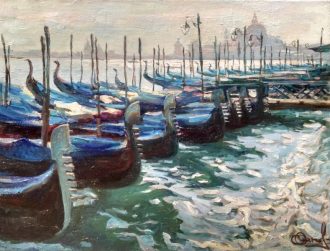 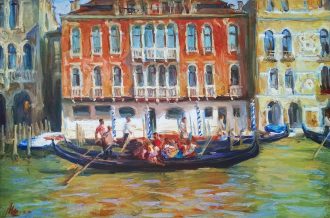 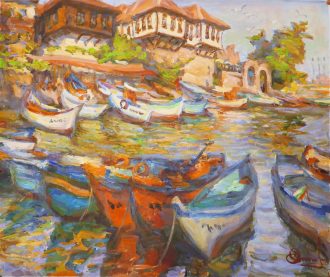 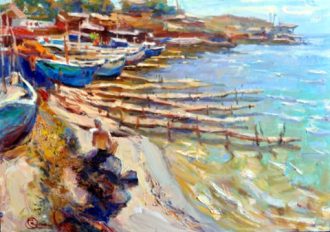 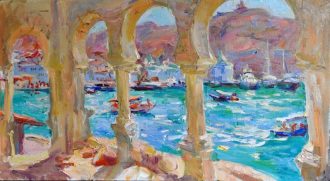 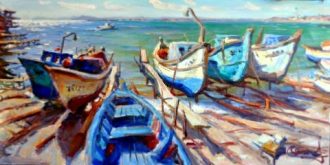 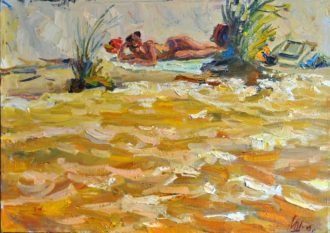 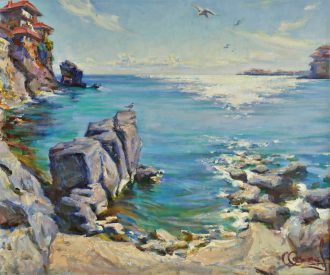 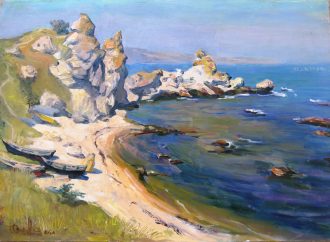 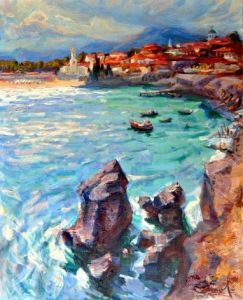 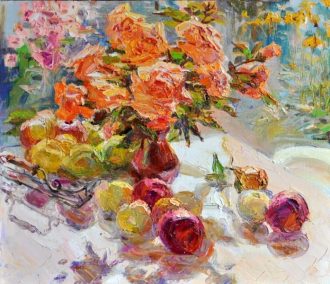 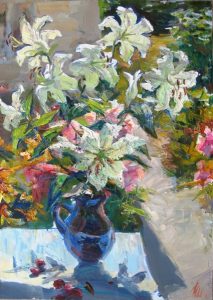 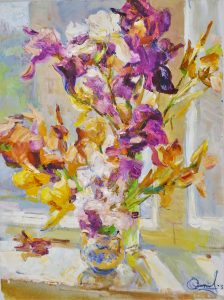 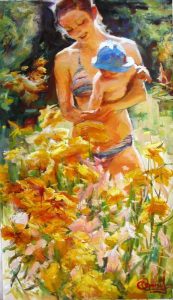 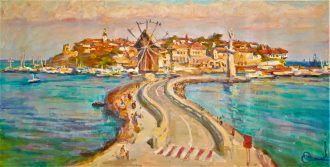 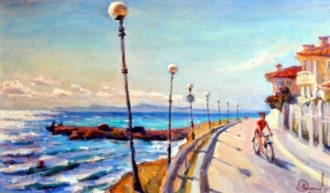 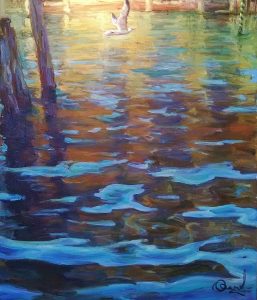 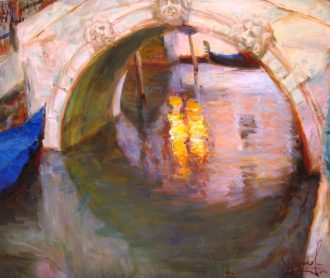