Oleg Kalaytanov was born in Stavropol Russia in 1969. Oleg’s father had long held an affinity for the arts and exposed his son to the circle of writers, painters and musicians with whom he maintained strong friendship. Constant exposure to an ongoing dialogue with the arts, influenced his early choice to become an artist. Oleg studied at children’s art school and later at Stavropol Art Academy, and graduated from the prestigious Samokish Art School in Crimea. Along with his teachers, Oleg credits some of the world’s best impressionists with influencing his work: Claude Monet, Konstantin Korovin, Isaak Levitan, and Valentin Serov. Kalaytanov is the founder of the Plain Air Guild of the Artists of Southern Russia.

Oleg’s paintings intrigue the viewer with bold brush work and powerful colors. He explains, “I want my work to reflect constant movement; the movement of birds in flight, the movement of dancers gliding over the surface. I want to paint the essence of my subject but I don’t want it to be definitely finished. I always leave room for the viewer looking at the canvas to finish it in their own minds. It is this cooperation between painter and viewer that creates a beautiful chemistry in my work.”

Kalaytanov is a true master of motion and emotion. In his paintings nature is alive. He captures the constantly changing light, and reflections. Nature reveals its wonders to Oleg: it soars, sparkles, moves, twists and turns. In his paintings you can almost hear its rhythm, its sacred music. His landscapes are magical: the mountains look like fairy-tale giants standing in their snowy hats; the meadows – like silk carpets spread along the valley, rivers in winter – like sleeping beauties, waiting for spring. Oleg likes to paint graceful motion: people dancing, birds flying, horses racing… His works exude joy and positive energy. 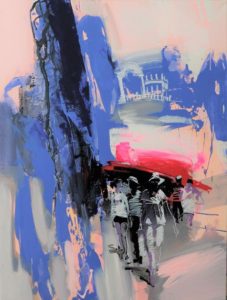 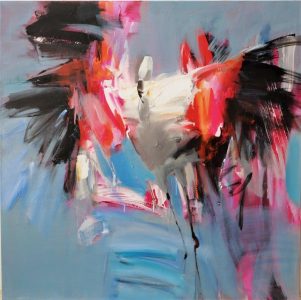 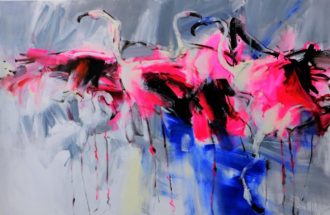 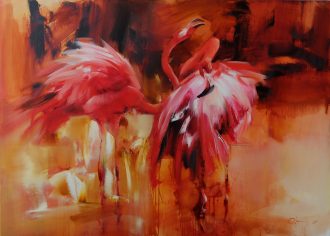 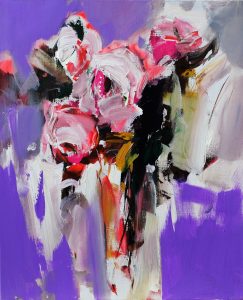 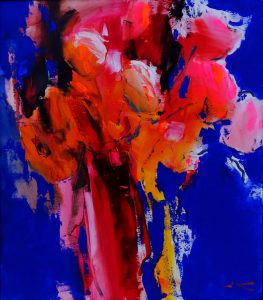 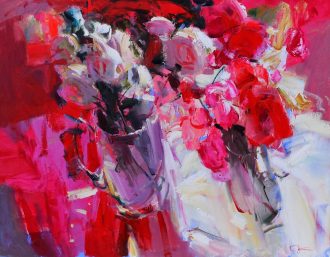 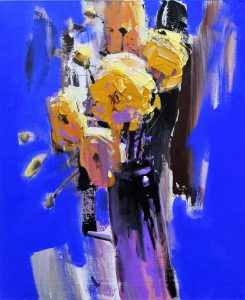 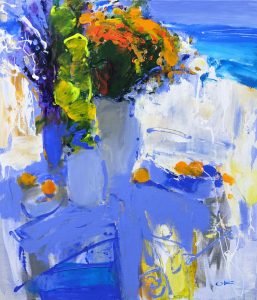 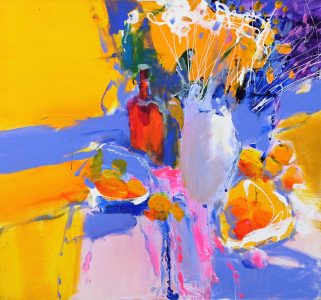 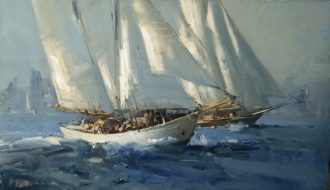 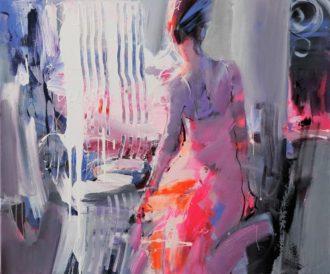 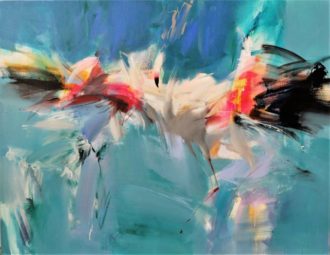 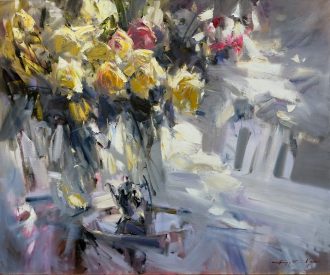 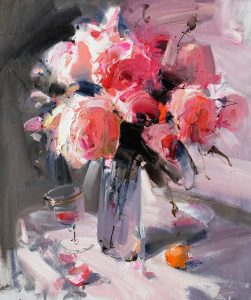 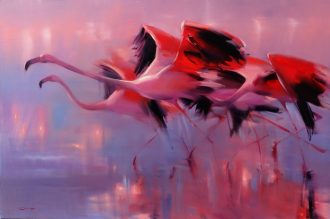 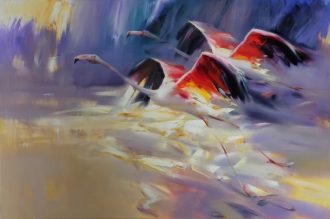 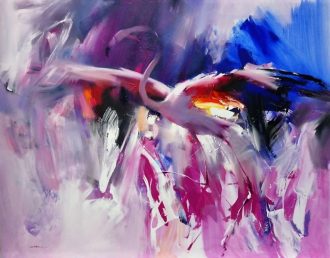 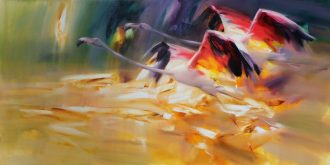 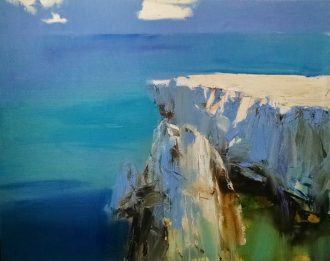 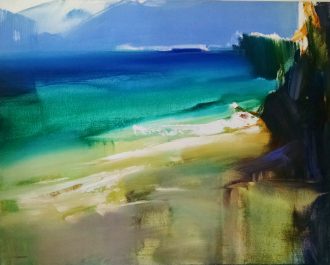