Victor Colesnicenco grew up in Chisinau, the capital of Moldova. He recalls how he was fascinated by the carvings and other crafts that surrounded him. In particular, he loved drawing and from an early age was determined to become an artist.

Victor began to intensively study the styles and methods of work of famous artists: most of all he was interested in the work of surrealists.

Although Victor studied at an art school, he did not use a strict academic style. He dropped out of the art academy and turned from traditional training in favor of practical experience. Very soon his talent really revealed and he held his first exhibition. After serving in the Soviet Army, where he spent two years, he began a successful business of restoring works of art and frescoes.

His first exhibition was held in 1987 in Moldova, where he received excellent reviews from art critics and spectators. Then he took part in the Moscow International Exhibition, where he was noted by critics as the best artist. Victor’s experiments in art led him to a mixture of avant-garde, surrealism and impressionism. He spends a lot of time traveling looking for new objects for creativity: Italy, France, Moldova, USA and Canada. His latest collection was recently presented at some of the largest art exhibitions in Atlanta, New York and Toronto.

One of the techniques he is using, is the collage. Collage – a combination of pieces of various materials and the media, such as newspapers, magazines, food packaging, fabrics, paints and photographs, combined in one composition. The term itself comes from the French “coller”, which means “glue”. It was invented by Georges Braque and Pablo Picasso at the beginning of the 20th century, when the collage became a separate part of modern art.

In early 1912, Picasso created Still Life with a Chair Caning (see above), combining a piece of oiled fabric and a chair seat in an oval shape. It is believed that this was the first “modern” collage, but this statement is controversial, since George Braque developed the papier collé (paper collage) technique in the same year.

George Braque developed the papier collé technique. Using the clippings of newspapers and magazines, he placed them on canvas, then covered them with paint on top, achieving the effect of painting. For the first time he used this technique in 1912 in his work “Fruit Dish and Glass”

At the end of his career, Matisse began working with paper clippings. He used sheets of paper filled with colored gouache, and then cut out bizarre shapes and put them together, as in the 1953 The Snail collage. 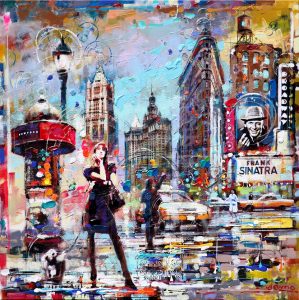 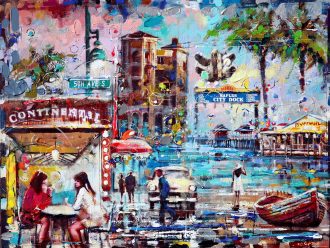 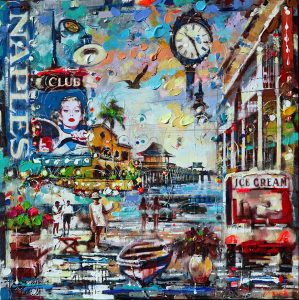 At the Tenis Club
Mixed Media on Canvas
40 x 40 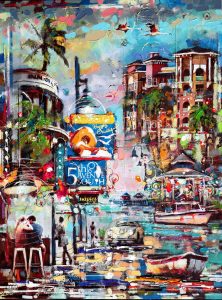 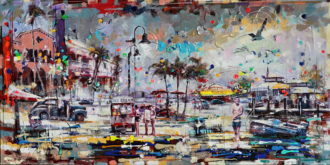 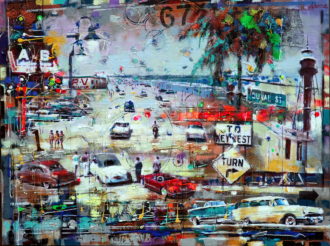 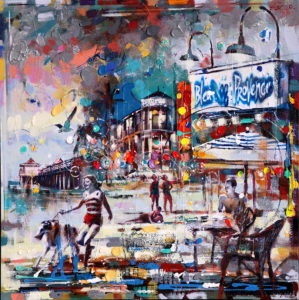 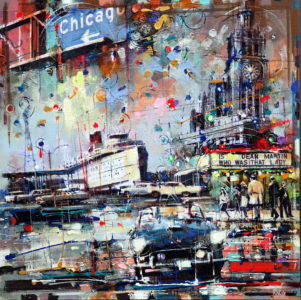 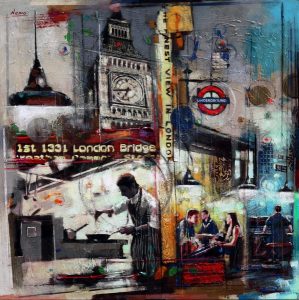 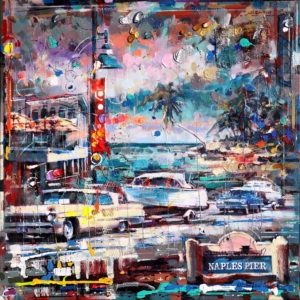 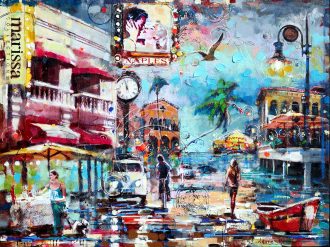 At the Continental (SOLD)
Mixed Media on Canvas
30 x 60 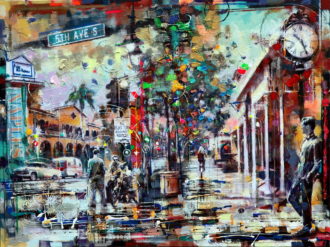 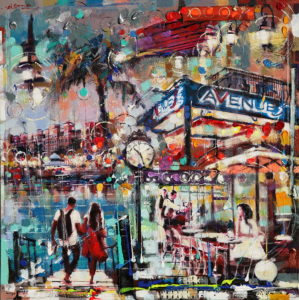 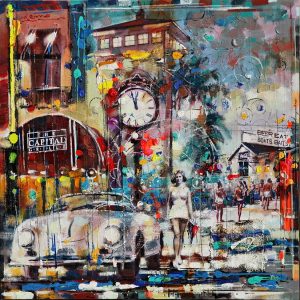 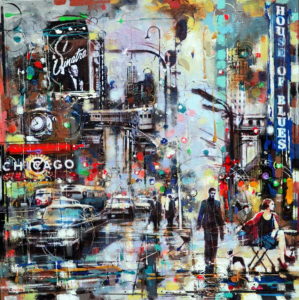 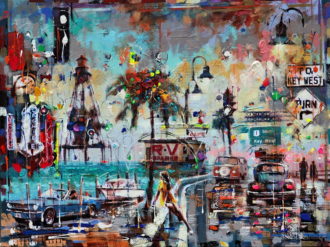 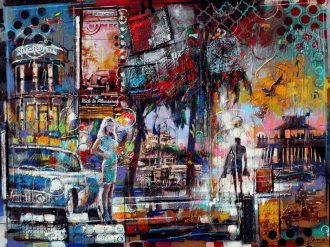 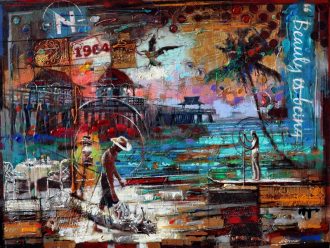 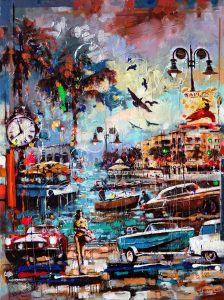 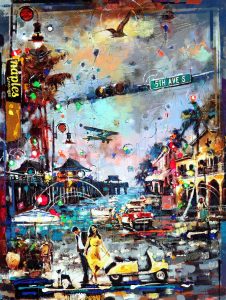 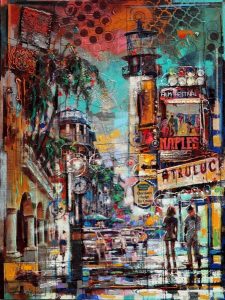 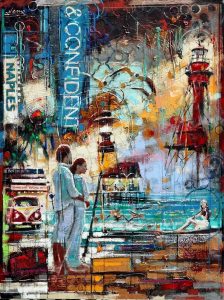